CoolCapitals is a specialized tourism service with the goal of persuading Americans to visit some of Europe’s less-traveled hotspots. They have a five-city focus centered on Amsterdam, Antwerp, Valencia, Vienna, and Zurich.

As a relatively new player CoolCapitals faced two immediate challenges: breaking through in a crowded marketplace, and positioning themselves to capture the right audience for their niche.

CoolCapitals hired Studio Lekker to create an online viral campaign that would address both of these challenges head on.

We knew from the start that humor would need to play a big role in this campaign. Viral marketing thrives on entertainment value. The larger question was, what kind of story would capture the audience’s imagination and get them to care?

Recognizing that glamour and romance are key selling points for the five selected cities, Studio Lekker built a campaign strategy focused on a fictional character with a colorful lifestyle. The escapades of this character would serve to highlight each city’s charms while giving the audience someone to identify with.

Meet Francine Fleiss (a.k.a. The Husband Collector). Francine has been charged with polygamy for having five husbands in five different European cities. She is the world’s first female polygamist. Follow the campaign as it sets out to uncover the truth about Francine’s unconventional lifestyle.

Made to appear as if it had been created by fans of Francine Fleiss, this microsite featured a humorous, European-style exposé video about her exploits. It also contained various ways for users to get more involved in the story.

Studio Lekker partnered with seeding specialist 7th Chamber to promote the Francine Fleiss video to popular entertainment aggregators as well as to a large network of bloggers.

This series of ads enjoyed a two-month run on various websites including NY Magazine, NY Times, Gawker and CitySearch.

Users could become a fan of Francine Fleiss, read the latest updates, and browse photo albums from her trips. 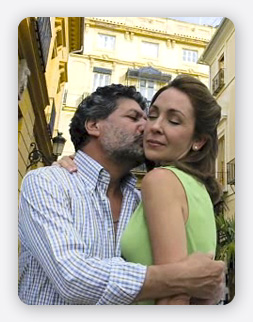